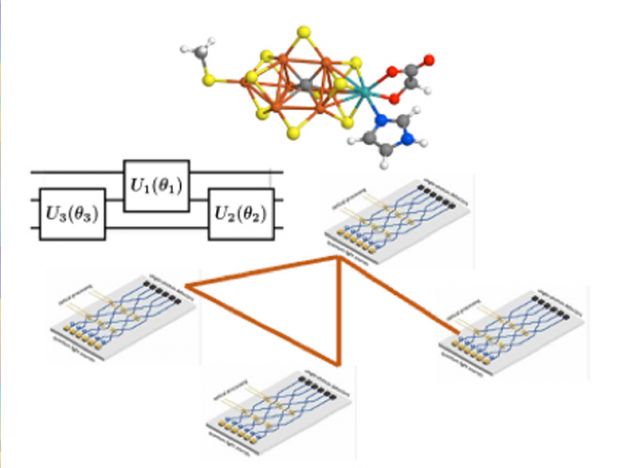 The research award from the technology giant was formed to pursue the research and development required to turn quantum hardware, software, and applications into broadly used technologies.

“We are pleased to support the research by Professor Ding and Professor Moody in quantum information processing,” said Alireza Shabani, head of Cisco’s Quantum Research and the Emerging Technologies & Incubation Team. “Collaborations with universities are part of Cisco’s plan for quantum technology development, and we are excited for the opportunity to work with UCSB labs.”

Quantum computers have already been shown to solve some problems more efficiently than classical computers. The key to the incredible speed of a quantum computer lies in its ability to manipulate entangled quantum bits, or qubits. To date, most efforts to build quantum computers have relied on qubits created in superconducting wires cooled to near absolute zero or on trapped ions held in place by microelectric circuits. But those approaches face certain challenges, most notably that the qubits are extremely sensitive to environmental factors. As the number of qubits increases, so too does the error rate when executing an algorithm.

Ding, an assistant professor of computer science, has received $100,000 in funding from Cisco to support several novel quantum computing research activities from a programming system perspective. She has proposed an in-depth and systematic study of optimization problems in quantum circuit distribution, a project that could help researchers build a network of connected quantum devices.

“I am excited for this opportunity to deepen and widen my programming and compiler research on quantum computing through the Cisco research grant,” said Ding. “I look forward to working with Cisco’s quantum team, Professor Galan Moody, and other awardees to build advanced quantum systems.”

Ding has proposed tackling the optimization problems by focusing on compilation, the process by which a computer converts a high-level programming language into a secondary language that it can understand and use to create an executable file or result. The software that performs this conversion, called a compiler, is a tool that can be used to overcome the gap between algorithms and hardware. In the case of a quantum computer, a compiler would understand any hardware constraints and automatically map a quantum program to the physical devices. Ding is seeking to develop novel programming and compilation support that would make efficient quantum circuit mapping possible. Her research group plans to investigate a large set of quantum algorithms, understand their common communication and execution patterns, and crystallize their findings into a set of optimization principles that can be applied more broadly.

“A key step in building a large-scale quantum computer is to develop quantum systems that can network multiple individual quantum devices and allow quantum information exchanges,” said Ding. “Through a thorough examination of the compilation optimization space, our project aims to automatically turn a standard quantum algorithm into a distributable version that captures the resources required to operate a networked quantum computer.”

The Cisco project will advance Ding’s on-going research efforts, including her work funded through an NSF Early CAREER Award. Ding’s CAREER Award project is intended to achieve two main objectives: to create a high-level programming language that optimizes algorithms, and to improve device-level performance by controlling the analog pulses that stimulate the qubits and manipulate their state.