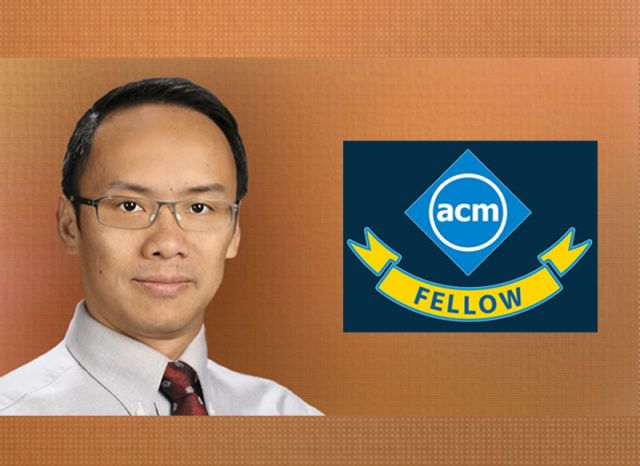 ECE's Yuan Xie named a 2019 Fellow of the Association for Computing Machinery (ACM), the world's largest educational and scientific computing society — his for “contributions to technology-driven computer architecture and for developing tools for its implementation and assessment”

3D ICs offer new opportunities to achieve system-level innovation that are not dependent on scaling new technology. Unlike traditional SRAM/DRAM memory, NVMs offer the benefit of nonvolatility, retaining all data even if the device is shut down; higher-density , so that more data can be stored per square millimeter of physical memory; and lower standby power, meaning that if, a computer is left for several minutes and no action is performed, almost no energy will be used.

Xie has developed design automation toolsets — software to enhance designers’ efficiency — for these new technologies and has produced prototype implementations that have inspired commercial follow-ons. He is recognized as a world leader in these two emerging technologies, and as one of the very few researchers who have crossed traditional boundaries separating architecture, design automation, and testing, to embrace all three.

Xie was also recently named a Fellow of the American Association for the Advancement of Science. His road to such dual global recognition could scarcely have been less likely. He was born to peasant-farmer parents in rural southeastern China, miles from the nearest settlement of any size. Life was hard in the village of Da-Ping — its name translates as “big and flat,” but Da-Ping is actually tiny and extremely mountainous, Xie recalls, and getting to school involved a long, rigorous hike.

After his first- and second-grade teacher moved from Xie’s village to a small town about sixty miles away, she volunteered to host Xie, who was first in his class, so that he could attend a better school. That launched him on a fruitful educational journey that led him to earn his BS in electronic engineering at Tsinghua University and, later, his MS and PhD from Princeton.