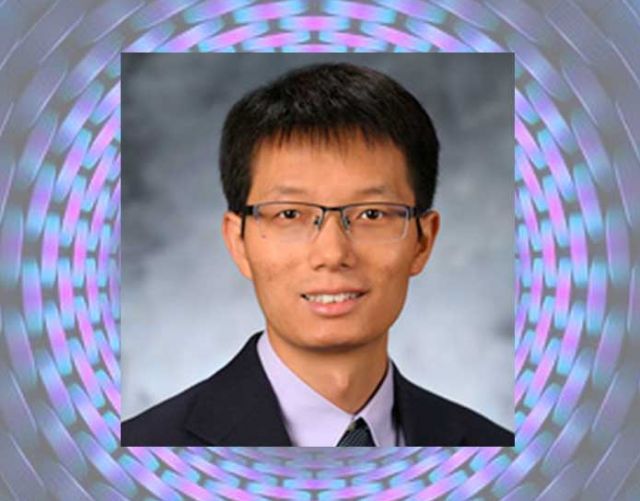 The IEEE CEDA Ernest S. Kuh Early Career Award recognizes an individual who has made substantial contributions to the area of Electronic Design Automation in the early stages of his or her career.

Zheng Zhang’s Kuh Early Career Award recognizes an individual who has made substantial contributions to the area of Electronic Design Automation in the early stages of his or her career. He was selected for the award for his “contributions towards fundamental stochastic computation methods for circuit simulation and testing and beyond”. Zhang's representative work in this field includes a novel non-Monte-Carlo stochastic circuit simulator that provides 1000X speedup than Monte Carlo statistical simulation in SPICE, novel tensor computational methods to overcome the curse of dimensionality in circuit uncertainty quantification, as well as a small-data sampling-based modeling techniques to well capture the statistical effect caused by non-Guassian correlated process variations. These research contributions have been recognized by three best journal paper awards from IEEE Transactions: the Best Paper Award of IEEE Trans CAD of Integrated Circuits and Systems in 2014, and two Best Paper Awards from IEEE Transactions of Components, Packaging and Manufacturing Technology in 2018 and 2020, respectively. While these techniques were originally designed by Zhang and his students to solve EDA problems, they can also be applied to other engineering domains, such as safety-critical control and verification of autonomous systems, development of trustworthy and compact deep neural network models.

Zhang received his PhD from MIT in 2015, and he has been an Assistant Professor of Electrical and Computer Engineering at UCSB since 2017. His research is focused on uncertainty quantification and tensor computation for design automation, with extended applications to hardware-friendly and trustworthy machine learning systems. His PhD research received the ACM SIGDA Outstanding Dissertation Award in 2016 and MIT MTL Doctoral Dissertation Seminar Award in 2015. Besides the IEEE CEDA Ernest Kuh Early Career award, Zhang also received the ACM SIGDA Outstanding New Faculty Award in 2021, and the NSF CAREER Award in 2019.

The IEEE CEDA Kuh Early Career Award is measured on technical merit and creativity in performing research. The award is assessed based on the published record of the individual and the references accompanying the nomination. Ernest S. Kuh was a professor emeritus and dean of the UC Berkeley College of Engineering from 1973 to 1980 where he mentored and supervised several generations of graduate students.

As an organizational unit (OU) of IEEE, CEDA has seven member societies, namely: Antennas and Propagation, Circuits and Systems, Computer, Electron Devices, Electronics Packaging, Microwave Theory & Techniques, and Solid-State Circuits Societies.CEDA) and was established to foster design automation of electronic circuits and systems at all levels.

The award will be presented formally at the virtual presentation ceremony during the 2021 International Conference On Computer-Aided Design (ICCAD 2021) in early November.